At First, I asked the group to write down as many fractions as they could. Then we had a discussion about the fractions they had written. 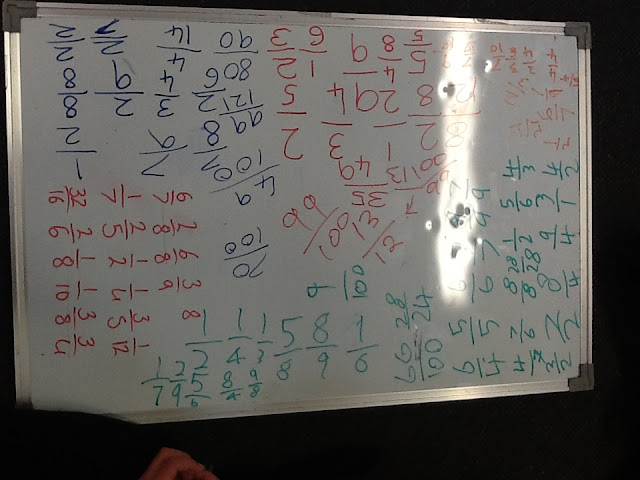 After our discussion I asked the group to circle fractions that they thought went together.They walked around and used different colours to put the fractions into families or groups. It was great listening to the children, using fraction language like: "I'm finding the thirds" and "I've got the fifths" and lots of complaints when someone circled someone else's family of fractions. 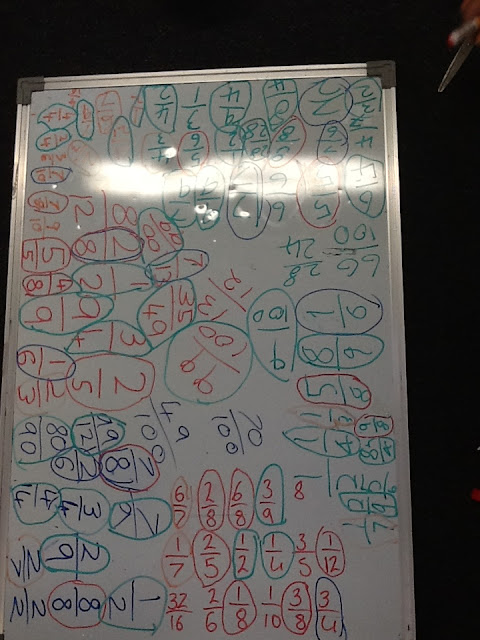 We took the following fractions from the board and we talked about them. We read them out and we discussed what similarities they had, Reagan said, "they have the same number at the top and the bottom" then Grace said, "they are complete" then someone said, they all make a whole. 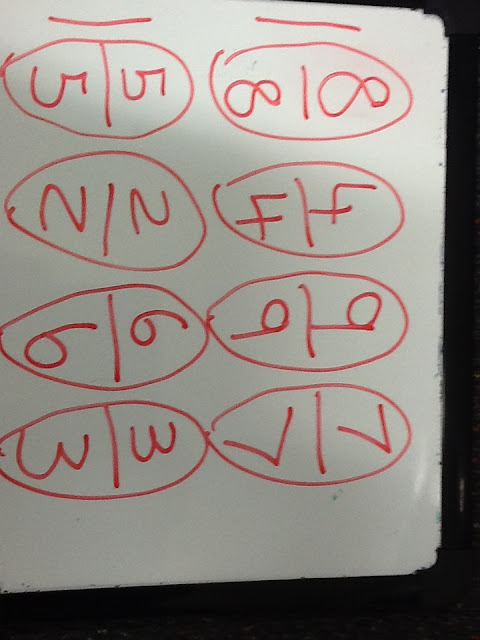 Then we looked for similarities in these fractions and Iggy was the first one to say that the these fractions were all 1/2. He said, "they are half because the top number is half of the bottom number". 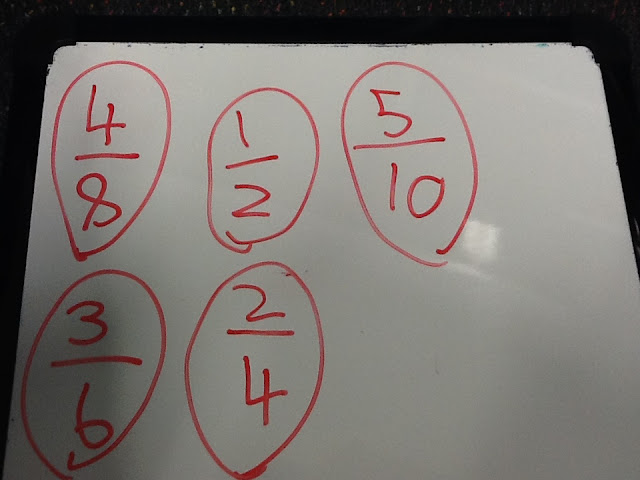 Email ThisBlogThis!Share to TwitterShare to FacebookShare to Pinterest
Labels: 2015 Math 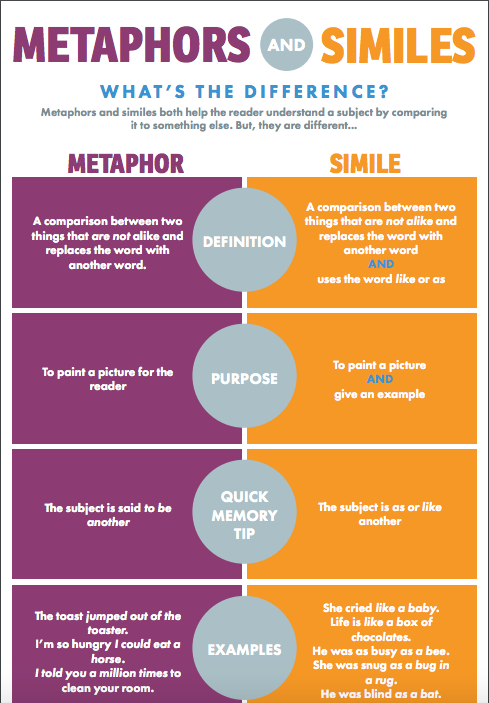 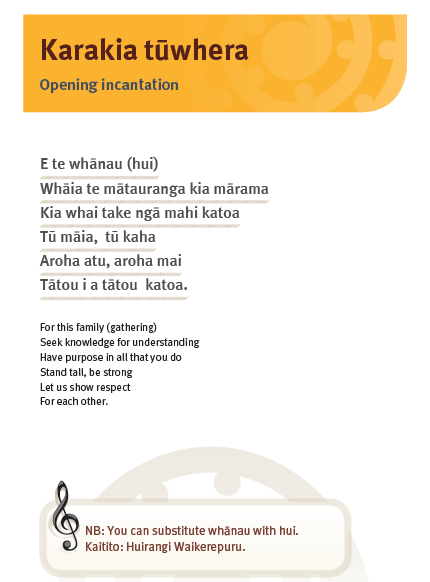 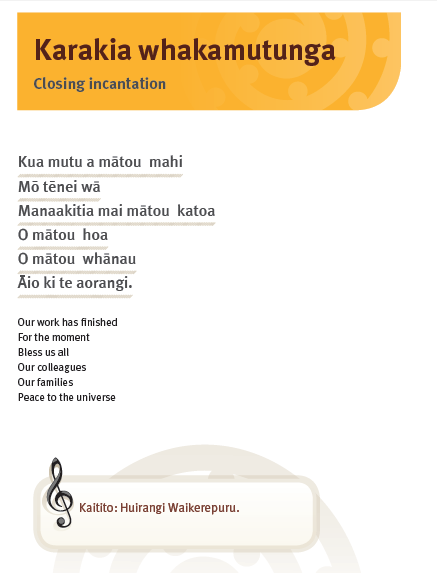 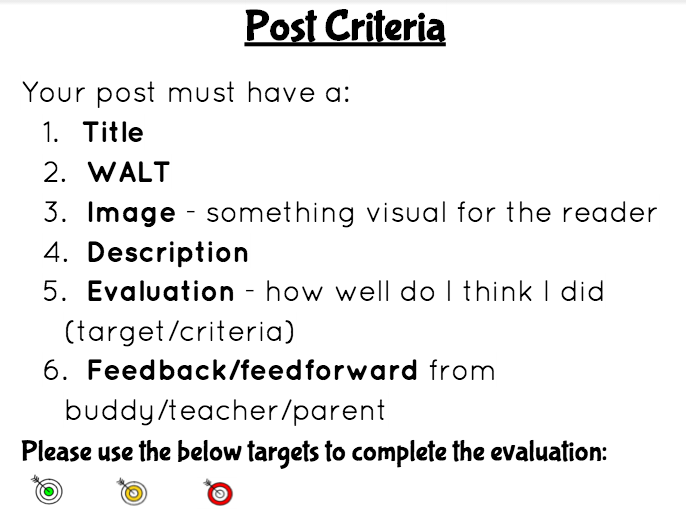 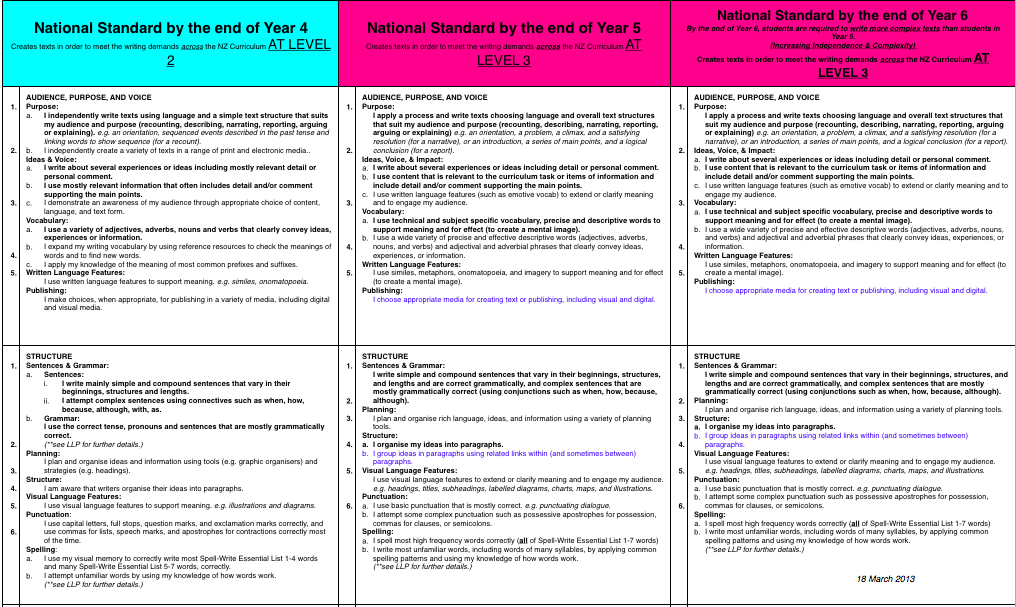